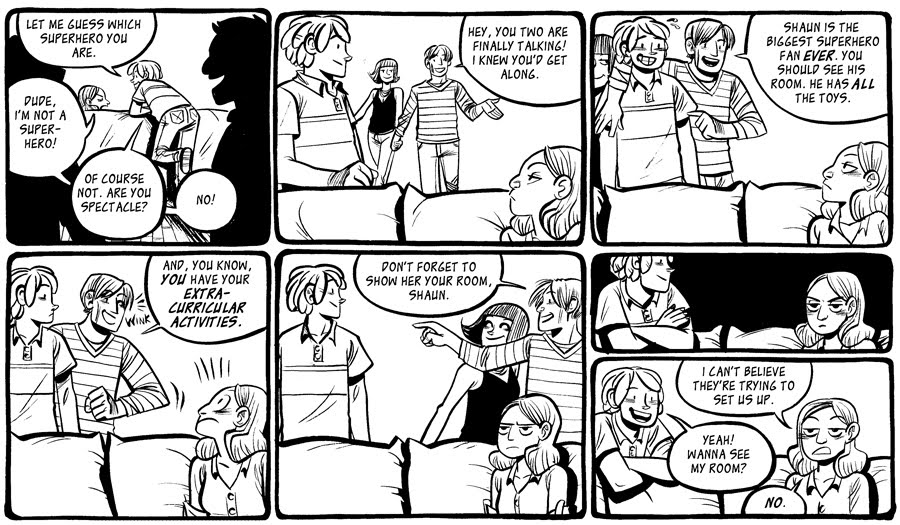 IT'S A TRAP!
This plotline was vaguely inspired by real life events: I hung out with a group a few years back, and there was a guy in this group I couldn't stand. He would kind of pick at me, and I would argue back. I really disliked him. Later my friends said they thought we actually had the hots for each other because we were always arguing. I was like WHAT. Seriously, I could not even stand that guy.
Anyway, the point is that those Hollywood movies about two enemies falling in love is total bullplop. People who act like they dislike each other ... usually do.
(Altho I am amused by Shaun's flop sweat in panel 3. His roommate is totally harshing his game. That's the term, right? Harshing someone's game? I don't even know.)
Posted by Faith Erin Hicks at 12:00 AM